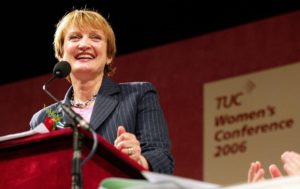 Tessa Jowell was a remarkable human being.  Since her untimely death from an inoperable brain tumor earlier this month until today, the day of her funeral, there has been a stream of testimonials to her warmth, humanity, determination, values and style.   I was her coach (intermittently) and her friend for the last 15 years of those years, and saw her bravery and commitment at close quarters.    She was living proof of how values lie at the heart of exemplary leadership.  Three quick illustrations.

One:  Equality of opportunity.  We were standing high up in her office, overlooking Westminster Bridge, and she pointed across the Thames to the shabby roof of St Thomas’s Hospital.  “The reason I’m in politics”, she said, “is hasten the day when a child born in that hospital’s life chances aren’t determined on the day of its birth”.   That as good an encapsulation of the socialist ethic as you’ll ever find – so good in fact that libertarians of the right might equally agree.  Either way, it shows how sometimes a simple bright beacon is best to light the way.

Two: Duty.  Our conversations became very intense a few years ago as she opened her heart to me about whether she should stand to be her party’s candidate for Mayor of London.  The groundswell behind her to do so was growing relentlessly from all quarters of the party, but she was reluctant.  After her historic political achievements she was ready for a more reflective, diverse, life of lectures, projects, and global causes that she relished.  The idea of another struggle for power was not what she wanted.  I was sure she had made the call not to stand, but again and again she seemed to be quivering on the brink, until at the last said, “Yes, I’ve decided to stand.  When you feel the tap on the shoulder, you have to see where your duty lies.”  This is no empty conformity but the heartfelt commitment of her values to the community, in which expectations, duty and love all merge.  In the end she lost the nomination, but the call she made told a powerful story.

Three:  Collaboration.  She was, and remains, famous for her single-handed energy and achievement in bringing the Olympics to London in 2012, having fought every inch of the way to lay the groundwork and deliver the product right into the grateful hands of the new Conservative government.   Although her achievements were singular, she talked to me about her leadership model, its inclusivity, its foundation in her democratic feminism, and it dynamism.  She brought together all political parties and engineered a truly collective leadership push where power was additive, not diffused as it can so often be with power sharing.  It is model for our times, if our leaders weren’t so wedded to their singular self-imagery

I was proud to be her friend; I miss her as a presence; and I celebrate in her legacy – she left the world a lot better than she found it.